Online Shopping: The Impact on our Environment

A boom in eCommerce during lockdown has seen UK consumers increase their online shopping by a massive 75%. Analysts studying data compiled between March 2020 and March 2021, during the three Covid-19 lockdowns, revealed offline shopping had decreased by 50% in the same period.

Shoppers began turning to eCommerce when non-essential retailers were first forced to close, according to research published by Statista. After the first lockdown was lifted in June 2020, consumers’ online shopping had already increased by 40%. 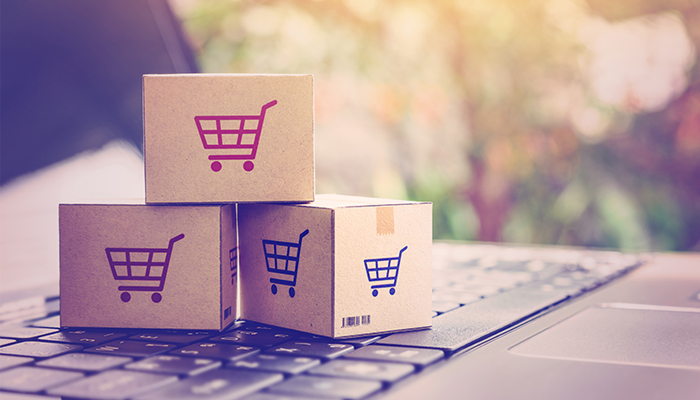 By the time the third lockdown began in January 2021, more shoppers were deserting the high street in favour of online competitors. Some sectors have been affected more than others. In the food sector, the volume of online sales had increased by 105% between March 2020 and April 2021.

More often, people were buying clothes and footwear online, with an increase of 78% in this sector. Online sales of household goods went up by 99%, while department stores saw an increase of 37% in eCommerce.

For consumers who prefer to shop in an eco-friendly way, researching the environmental impact of online shopping may sway their decision – there are many environmental factors to be considered.

Just think about all the extra packaging it requires, the transportation impact in terms of fuel and carbon emissions and the waste produced, such as the returns and damaged packaging.

Environmentalists are asking whether retailers, in their fight for survival, have made shopping online too easy at the expense of our environment. For example, eCommerce giant Amazon uses its Prime service to get items from as little as £1 delivered to customers the next day. Its own courier service transports millions of packages to consumers – but is this service environmentally friendly?

When Amazon released a report, in September 2019, detailing its impact on the environment, a lot of people were shocked. It emitted 44.4 million metric tons of carbon dioxide into the atmosphere in 2018 – equivalent to the annual emissions of the whole of Norway.

Amazon CEO Jeff Bezos subsequently pledged to donate $10 billion to scientists and other organisations working to stop climate change. He has also revealed his goal for 2030 is for Amazon to use 100% renewable energy and have 50% of its shipments emitting zero carbon.

Why do we all need to protect our planet?

Global climate change as a result of our environmental impact on the planet is already underway. Glaciers are shrinking, ice on lakes and rivers breaks up earlier, the sea level is rising, temperatures are rising, trees are flowering sooner, and plants and animals are struggling to adapt.

The effects that scientists have been predicting over the past few decades are now being realised. Longer and more intense heatwaves are a result of global climate change. Taken as a whole, scientists believe the changes caused by global warming will increase over time and will have a more significant impact.

The greenhouse gases produced by human activities are largely to blame for climate change. Research by the Intergovernmental Panel on Climate Change, comprising more than 1,300 scientists from all over the world, suggests a temperature rise of between 2.5°F and 10°F over the next century.

The effects of climate change on individual regions will vary, but one factor is the same: our environmental systems will have to adapt to the changes, or collapse. Therefore, the actions of every single human being are important when it comes to stopping the damage we’re doing to our planet.

Shopping from home has been convenient, not to mention a kind of therapy, for many during the Covid-19 lockdowns. However, between the plastic packaging, carbon emissions and returned goods that are often headed for landfill, scientists are asking shoppers to consider the real costs of shopping online.

According to the State of Fashion 2020 report, more than 65% of European shoppers are expecting to spend more on online shopping due to the ongoing pandemic. However, in environmental terms, this switch in shopping habits spells more problems for the planet.

According to Green Story, an organisation that assesses businesses’ impact on the environment, the impact of returns alone is significant. For example. when clothing is purchased from a physical store, only around 6% is returned. However, 30% of online orders are returned. This is commonly due to multiple styles and sizes being ordered to try on at home.

A staggering 20% of the online returns go to landfill sites because the retailer can’t resell them. In addition, the surge in express shipping options, such as Next Day delivery, to satisfy customer demand has increased carbon emissions. Freight produces three times more emissions than road or maritime shipping.

Psychologist Lee Chambers says consumers need to rethink their approach to what he describes as “therapy shopping”. He says due to the lockdown, many of us have seen online shopping as a type of therapy.

In addition, due to the UK government relaxing the Covid restrictions on 19th July, people are alarmed due to the continual surge in cases. This has led to a rise in anxiety disorders among people who have felt afraid to go out due to the virus.

Chambers’ research has shown there is “barely any benefit” to using online shopping to boost a low mood. He says people staying at home will feel more benefits emotionally if they create something, rather than ordering something they don’t really need online. A great mood-lifter is gardening, for example.

People’s post-pandemic shopping habits are still largely unknown. Economists say high street retailers will have to do everything in their power to attract shoppers back to bricks-and-mortar premises.

How can retailers encourage more footfall to their stores?

Always focus on health and safety if you want to get people into your store. Despite the Covid restrictions being largely relaxed, many shoppers are still fearful of catching the virus. You need to make them feel safe, so voluntarily implement health and safety measures, such as providing hand sanitiser, limiting physical contact and allowing staff to continue to wear masks.

Launch new promotions, such as “buy one, get one free”, money-off vouchers, discounts at the till if customers spend a certain amount and loyalty schemes. The key is not to run so many schemes that you’re losing money. Launch enough to attract interest and get people through the doors, but don’t get carried away and put everything on special offer.

Once you have decided on the best promotions, make sure customers know about them. The cheapest way to advertise is on your social media feeds. This way, customers can also interact with you to find out more information.

You can also display promotional posters in your window. Don’t write everything in capital letters with exclamation marks. Studies show people don’t like being “shouted at” as they walk past. Instead, think carefully about how important your shopfront is when it comes to attracting passers-by. Turn people into customers with a vibrant window display promoting your wares or services. You should try to change it frequently and advertise everything from a new season’s range to a sale or other special promotion.

Your shopfront is the first thing people see on the high street – and first impressions count. Research has shown people form an impression of your business in just seven seconds, so you have to make them count!

In these uncertain times, particularly if you own a small business, promote your brand and let shoppers know you’re back – and here to stay.